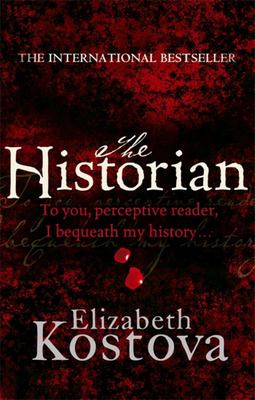 Late one night, exploring her father's library, a young woman finds an ancient book and a cache of yellowing letters addressed ominously to 'My dear and unfortunate successor'. Her discovery plunges her into a world she never dreamed of - a labyrinth where the secrets of her father's past and her mother's mysterious fate connect to an evil hidden in the depths of history. In those few quiet moments, she unwittingly assumes a quest she will discover is her birthright - a hunt for the truth about Vlad the Impaler, the medieval ruler whose barbarous reign formed the basis of the Dracula myth. Deciphering obscure signs and hidden texts, reading codes worked into the fabric of medieval monastic traditions, and evading terrifying adversaries, one woman comes ever closer to the secret of her own past and a confrontation with the very definition of evil. Elizabeth Kostova's debut novel is an adventure of monumental proportions - a captivating tale that blends fact and fantasy, history and the present with an assurance that is almost unbearably suspenseful - and utterly unforgettable.

BACKED BY AN UNMISSABLE CONSUMER ADVERTISING CAMPAIGN * Also available as an audiobook * www.thehistoriannovel.co.uk

Shortlisted for British Book Awards: Newcomer of the Year 2006.

Elizabeth Kostova graduated from Yale and holds an MFA from the University of Michigan, where she won the Hopwood Award for the Novel-in-Progress.